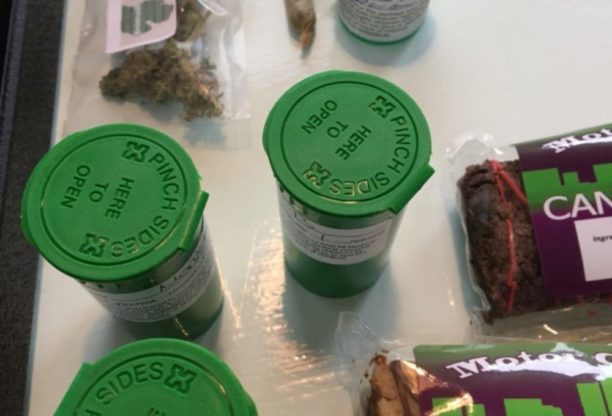 We’re all for a 21 and older law for people wanting to buy cannabis. There’s been talk about the effect of cannabis consumption on developing brains. Until comprehensive research is done, young people, unless medically advised, should avoid the plant and adults shouldn’t provide it to them.

So, if marijuana were more widely available, would teens access it? Yes and no.

Just Try to Get Marijuana Without a Card When legalized and regulated, buying cannabis is like buying alcohol and/or cigarettes—the product is strictly secured and available only with a photo ID. In Michigan now, a patient must show a medical card and photo ID to even get through the door of a dispensary. The lobby portion of a dispensary is closed off, visually and physically from the consumer. You can’t get anywhere without valid credentials.

We’d be naive to think that there won’t be teens getting their hands on marijuana if they want it. Just like in the 50s, 60s, 70s, 80s, 90s and now–young people who want to use marijuana will find it. But, that’s what’s interesting, it appears that teen use in Colorado, the first state to legalize adult-use marijuana, has seen a decrease in use by young people. There are probably a number of factors at play in the teen use statistic. For one, the black market is decreasing, a projection by Marijuana Policy Project estimated that 90 percent of all cannabis produced in Colorado and Washington will be sold through licensed dealer. Further, teens are using fewer drugs than previous generations and since 1991, teen drug and alcohol use has been declining–and it isn’t due to easier access.

Not completely surprising, Colorado teens have the highest level of cannabis use as compared to teens in other states, 11 percent as compared to the national average of 7.2 percent. It would be interesting to know how many of the surveyed students in Colorado were more likely to respond “yes” to the marijuana-use question because of generally more liberal attitudes toward cannabis there. Maybe in a totally legal state it’s just not that big of an issue.