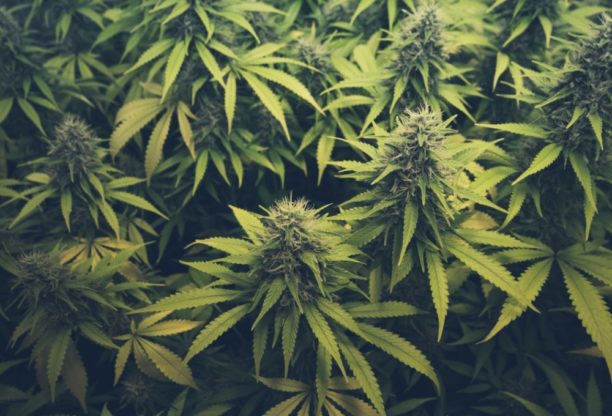 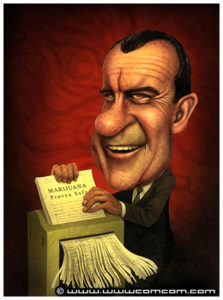 As much as we love science, we love history and the history of cannabis’ complete federal prohibition is quite new. Listing of cannabis as a Schedule I Drug was a 1972 political action from Richard Nixon who, among other things found the resistance to his policies and the Vietnam War, especially from people of color, women and young people, to be so galling that he thought the best way to fight back was to take away something people enjoyed. In brief, this is how marijuana became illegal.

When Congress passed the Controlled Substances Act in 1970, it temporarily made marijuana a Schedule I substance an illegal drug with no approved medical purposes. It also acknowledged there was not enough information about marijuana to permanently keep it as Schedule I, they created a presidential commission to conduct research and make recommendations.

President Nixon had some fairly strong opinions about the evils of marijuana. He believed that if he could appoint a commission with all the right people, he could prove the dangers of the plant and upend his opposition. Nixon appointed a Republican, Raymond Shafer, the former conservative Governor of Pennsylvania, as chair. The rest of the commission was stacked with law and order personalities from local, state and federal positions.

The Shafer Commission didn’t slack on its task. It created fifty research projects, conducted public polling; interviewed law enforcement and criminal justice experts and took reams of testimony. It still stands as the most comprehensive report ever written about cannabis.

The Truth Comes Out

The commission found that marijuana did not cause crime or aggression, nor did it lead to harder drug use or create significant mental or physical health issues. “Marihuana’s relative potential for harm to the vast majority of individual users and its actual impact on society does not justify a social policy designed to seek out and firmly punish those who use it.”

And it favored complete marijuana decriminalization.

A furious Nixon denounced the commission, shelved the report and made a permanent place for cannabis as a Schedule I substance.

Recently, John Ehrlichman (Nixon’s domestic policy chief) spoke to Harper’s magazine. “We knew we couldn’t make it illegal to be either against the war or blacks, but by getting the public to associate the hippies with marijuana and blacks with heroin. And then criminalizing both heavily, we could disrupt those communities. We could arrest their leaders, raid their homes, break up their meetings, and vilify them night after night on the evening news. Did we know we were lying about the drugs? Of course we did.”