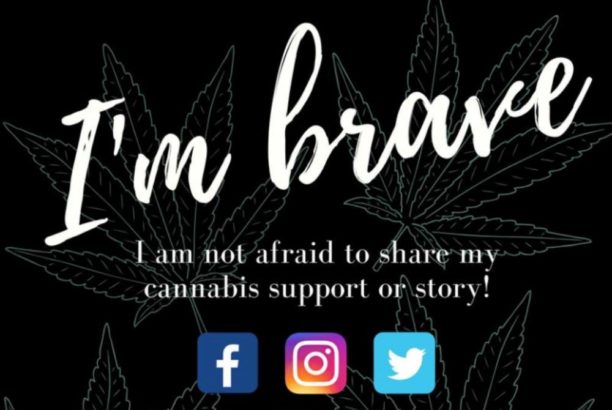 The Be Brave For Cannabis social campaign is getting political with the addition of a House Bill written by State Rep. Yousef Rabhi (D-Ann Arbor). The bill, which has bipartisan support, was created to prevent Michigan’s existing medical marijuana dispensaries from being shut down by licensing delays. Be Brave for Cannabis is encouraging people to share to create and share their ‘be brave’ social media videos or posts with legislators and to reach out by phone and in person to encourage support of the bill. The hashtag  #bebraveforcannabis is used for the effort.

Last year, the legislature passed bills to license medical marijuana businesses giving local governments control over whether to allow such licensed facilities to operate in their municipalities. However, the bills did not specify a process for licensing established medical marijuana businesses. The Medical Marihuana Facilities Licensing Board said recently that existing businesses must close by December 15, 2017, if they want to seek licensure. Because license applications will not be accepted before that date, provisioning businesses will be forced to shut down for an indefinite period while applications are processed.

Rep. Rabhi’s bill establishes a timeframe for processing the license applications of existing medical marijuana businesses and allows existing businesses to continue operating while their applications are processed. The bill also clarifies those existing businesses that apply before February will not be barred from licensure solely on account of having operated without a municipal enabling ordinance before this became a requirement. Municipalities retain control over whether to allow licensed medical marijuana facilities.

The time is now to harness the power of social media and encourage everyone to use it as a platform to really put a voice of support out for this bill. We also want them to encourage their audiences to be brave and do the same. Medical marijuana patients have kept quiet for years and now is the time to let elected officials understand the demand that truly exists within their communities.

“We’re asking the 240,000 people in Michigan who hold medical marijuana cards to contact their representatives in the Michigan legislature. It’s more important than ever that people have a voice on this important legislative issue. Dispensaries provide vital cannabis medication for thousands of patients in Michigan and leaving them without access for what might be several months is a punishment they don’t deserve,” said Roberta F. King of Canna Communication.

About Be Brave For Cannabis

The social media campaign, Be Brave for Cannabis was created to give people a platform and community for their support of cannabis use. Whether people are patients, recreational users or simply against cannabis prohibition #bebraveforcannabis is a place for standing up and speaking out. More information at www.bebraveforcannabis.com.