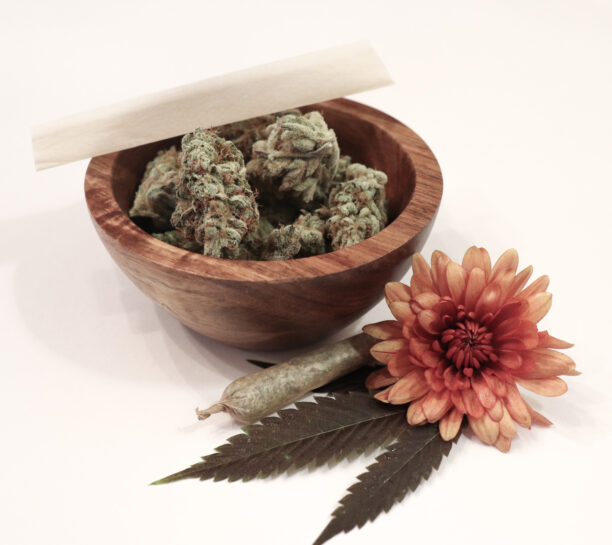 When you live in a community that went from zero cannabis provisioning centers to a half dozen in less than two years’ time, you know that people are testing the weed waters.

The City of Muskegon adopted a land use ordinance that allows not only cannabis provisioning centers, but grow operations, processing, testing and transporting. Under the adult-use rules microbusinesses, special events and consumption lounges are also allowed.

It’s one of the most inclusive cannabis ordinances on this side of Michigan.

There’s a term used in public health that you might not be familiar with—harm reduction.

Harm reduction is a set of strategies and ideas that are aimed and reducing the negative consequences that might come from drug use. It’s not about trying to get people to stop using drugs (or alcohol for that matter) but helping people understand their limits, the consequences of using substances. It’s what public health departments have done for years—discouraged under-age drinking, teen smoking, all age drinking and driving and promoting safe sex to prevent HIV.

Public health has been at the forefront of dozens of harm reduction efforts over the years. Cannabis is no different.

Canna Communication approached Public Health-Muskegon County (PH-MC) about harm reduction efforts and asked if they needed any communication help from a communication professional and cannabis insider.

So much of what people see generated from public health entities are negative when it comes to cannabis. We know that at some point negative advertising doesn’t work, it turns people off and doesn’t deliver the intended message. The Michigan Department of Health and Human Services (MDHHS) created a series of anti-cannabis videos in early 2020 which stirred up cannabis activists from across the state—the outcry about the portrayal of a cannabis consumer was so filled with stereotypes and cliches that MDHHS pulled the video series despite having spent $330,000 on the campaign.  We’ve spotted random billboards throughout Michigan created by local health departments that are making an effort to disparage cannabis, consumers, and the industry—and they’re doing it with medical cannabis funds.

Prior to the passage of Prop 1 which legalized cannabis, many county sheriff’s departments applied for funds and used it for marijuana law enforcement. With legalization, law enforcement has backed off from applying and some county health departments have taken advantage of the pool of funds.

Canna Communication began working with PH-MC in the winter of 2020 with a research project to find out how parents who consume cannabis talk with their kids about use of the drug. That primary research with about 100 people from across Michigan helped us understand that science, honesty and facts were the most effective way to get a message across. Sure, we had an agenda—discourage kids from using cannabis and for parents to take care to keep cannabis from young people.

The grant that PH-MC received was used in a four-part effort focused on encouraging youth to avoid cannabis via their parents’ input, discouraging pregnant women from using cannabis, safe consumption of edibles and information about driving and cannabis. We created a simple website with information that was fact-based and not meant to deceive or mislead people about cannabis. The website is a starting point for ongoing campaigns in those four areas—we can add information as it becomes available to use it as a home base for our efforts. We used social media and digital geofencing to spread the word.

Once a cannabis business enters a community, it’s important for people there to understand the facts about the product, the risks involved and how to be a responsible consumer. Most provisioning centers (aka marijuana dispensaries) educate their budtenders and customers about the products they’re buying and start slow and go low is a common phrase that’s used to advise newcomers about cannabis edibles.

Michigan voters made legal cannabis the law of the land, but the tone by which we educate people about cannabis is up to interpretation. Providing the facts with balanced information and avoiding judgment is the surest communication strategy.

For more information about this campaign give Canna Communication a call.