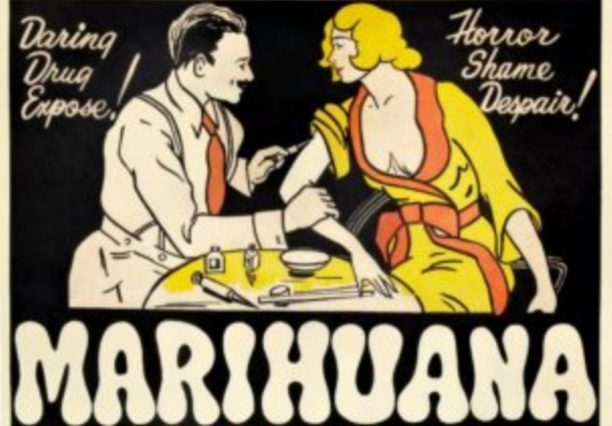 Yes, marketing and propaganda. That’s what was written on the LARA checklist for applicants seeking a marijuana business license in Michigan. Under the Step 2: License Specific Application Checklist, Business Specifications there is a box to check: Copy of Marketing Plan (advertising, propaganda, etc).

Marketing plans, we’re all about creating those. Advertising, we’re pros at it. We’ll get the word out about your medical marijuana business.

But propaganda, etc. Let’s talk about that for a minute.

Propaganda. What does it remind you of? Perhaps Adolf Hitler and the propaganda campaigns that came from his Ministry of Propaganda and Enlightenment. The Catholic Church used the word first in 1622 when it determined it would go forth into the world and begin converting people to its faith. The American government put resources in getting citizens fired up for the World War II effort, too. And we can’t forget Reefer Madness and all of that anti-cannabis propaganda that is part of our history.

The Latin root of propaganda is from propagate or spread. 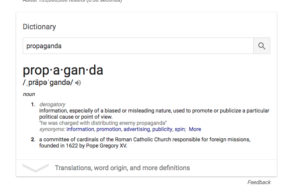 Propaganda is a word that’s generally negative; it’s about a single point of view, is meant to be persuasive and is often biased and misleading. It’s not a word that is used often or lightly. Synonyms for propaganda include: disinformation, hype, evangelism, brainwashing, inculcation, publicity, newspeak and hogwash. That’s not the work that we do at Canna Communication and we wonder why LARA chose this specific word for its checklist for licensees.

There are two things about propaganda to be considered. First is the intention of propaganda, the second are the tools of propaganda. The tools and intentions are mixed when they’re discussed, but they’re really two different things.

The intention of propaganda is to strongly persuade people to think or behave in a certain way. The tools of propaganda are still the tools of communication today, advertising, signage, posters, fliers, videos and news stories. New to the toolbox is the internet and social media.

Fake news is the new propaganda.

Canna Communication wants to help people understand the properties and power of medicinal marijuana. We want to promote good cannabis growing practices, show how high-quality edibles are made and safely consumed and we’re all about the use of the plant by interested adults. We don’t think using propaganda techniques is what licensing is about—we’re not forcing the use of cannabis on an unsuspecting public. We’re about honest communication, listening to the public and creating great content that attracts customers.

We’re ready to help you create your marketing plan for licensing and your company’s future growth. When it comes to propaganda though, we’ll choose the words more carefully.